Despite long-term and widespread anti-smoking campaigns, there is still a proportion of the population that is unable to cease smoking. The addictive nature of smoking and the social factors that create the craving for cigarettes are hard to overcome. In 2007, 21% of males and 18% of females. Smoking accounted 9700 deaths in men (against 5,100 women). This section examines resources and programs targeted at males that have attempted to provide smoking cessation. 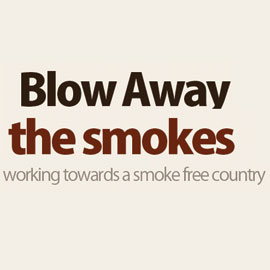 The former North Coast Area Health Service has developed this project in response to its region having the highest rate of smoking among Aboriginal people in NSW.

"Communicate reasons to quit smoking that are appropriate for an Aboriginal population..."