With an increasingly aged population, more occurrences of dementia and Alzheimer's disease will be evident. It is estimated that 260,000 Australians have dementia and another 1.2 million people are carers of someone with dementia. There is significant need for resources that evaluate the impacts of dementia on males, especially in contexts where men require care and will need to integrate into environments with a large proportion of female staff and carers. These resources profile available programs and information about men and their interactions with dementia. 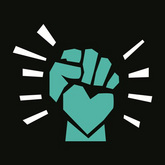 The health and wellbeing benefits of sheds for men are well-documented but what happens when a man has to live in an aged care facility? This document explores options for shed spaces within aged care contexts.

Whether they are communal or individual, men's sheds offer men a space of their own, and the health benefits of men's sheds are becoming well known.

To support the physical and mental health of men who develop dementia, aged care facilities could modify some of their spaces to support a shed-like space.

Alzheimer's Australia (NSW): Your Shed and Dementia a Manual

This manual provides advice on how to give support and communicate with men with dementia and male carers in a sensitive and supporting way. It could be a starting point for conversations around engaging men in Sheds. Each section of this manual can be read separately or as a whole. It also includes information on how to join a Men's Shed.

"There is now also some evidence that involvement in meaningful activities that include social engagement can potentially slow down the progression of dementia.."