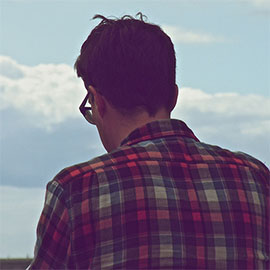 Domestic violence against men is not often mentioned in the media, or generally talked about, but there are many male victims and they need to be heard, taken seriously and to be believed, and not be ridiculed or told to "man up". The government also needs to fund counselling, services and shelters for male victims of domestic violence, just as they do for women.

. Mentioned in this topic paper is Amanda Barclay, who recently conducted a study in Victoria where 14 workers from a range of victim services in Melbourne were interviewed about their views of the experiences and needs of male victims of domestic violence by their female partners. Barclay's case studies revealed that men do not only experience physical violence, but also other forms of abuse such as:

The Australian Government, politicians and community leaders must recognise that services are needed not only for women, but also for men. There is a shortage of resources for male victims of domestic violence that needs to be addressed. Just as there are government funded services to support women, the government also needs to fund shelters, counselling, services and legal aid to support men.

In Channel 9's A Current Affair, aired on August 6, 2015 men stepped forward to talk about being the victims of domestic violence. Simon Lanham is one of the abused men who talked about being stabbed five times with a kitchen knife, and after life-saving surgery now has a long scar through the centre of his abdomen. Another time he was punched in the head about 50 times, spat in the face about a dozen times, grabbed in the testicles and grabbed to the ground half a dozen times and kicked, eventually she cornered him and got his face before he hit her.

Another man, Phil Hunt had pots and glasses thrown at him by his enraged wife, and remembers that one night she threw a ceramic vase at him. It shattered on the wall, and he was lucky not to be hit. When reporting her to the police, the officer told him to "man-up" and dismissed him.