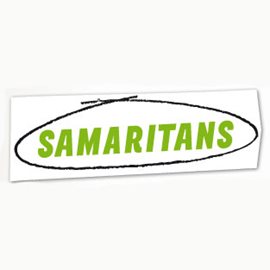 There's a need to focus more on male psychology because men are suffering more severe mental health issues than women, more homelessness, their life expectancy is lower, they are much more likely to have accidents and dying at work, and men are three to four times more likely to commit suicide.

There is no room for complacency, however and there's a real need to focus on men's health, and for services to respond to men's health issues in ways that are supportive and useful to men. This is what the national male health policy means by services needing to be more “male friendly”.

(BPS) has had a women's section since 1988, but there is no male equivalent. The most senior psychologists in Britain are so concerned with the serious issues facing modern men that they are urgently calling for a Male Psychology Section of the BPS.

took place on 26-27 June 2015 at the University College London where eminent psychologists and keynote speakers gathered to discuss this important issue.

The conference organiser Martin Seager, member of the Male Psychology Network, branch consultant for Central London Samaritans, and psychologist for over 30 years, had himself seen a need for services for men and started a men's psychotherapy group, where men could talk in single-sex groups and support each other without the potential worry of shame and embarrassment.

In 2008 Seager attended the 'Mind Your Head' men's mental health conference and met like-minded psychotherapists. They decided to push for a dedicated men's section, because there's a real need for it, but the resistance to it is massive, he says. If you talk about the needs of men, you’re made to feel like an unreconstructed Neanderthal.

Services need to be tailored to men's needs, because men are different from women. In the Samaritans 'Man Talk' project call takers listened differently to men, for example by increasing the length of call because men don't talk like women, they need longer to open up.

There's a universal pressure on men not to show weakness and to be strong, but we say: Men who seek help are taking control, being strong and being a man”, says Martin.